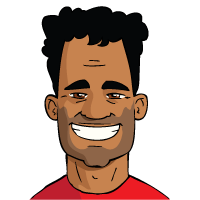 Hey there! Have you ever wanted to learn how to weld metal? Last year, I decided I would like to learn how to weld so I could start to manufacture homemade go-karts for my children and their friends. Unfortunately, I didn't have a clue where to start. I reached out to my brother-in-law Steve who works in the industrial and manufacturing sector. What a guy he is. He let me visit his workshop so I could learn all I needed to know about how the professionals in the industrial sector operate. I decided to start this blog to help other novice welders and industrial enthusiasts.

If you run an established bar and restaurant and decide to introduce specialty beer, you should think about adding a brewery in your facility. However, a brewery is not complete without a steam boiler system since it helps with sterilisation and sanitation. In fact, steam boilers are more critical in the brewing process than some ingredients. That said, the optimal performance of a steam boiler hinges on the efficiency of steam traps. If you ignore the devices, you are likely to lose thousands of dollars in wasted energy. However, failing steam traps are a significant concern for newbie craft brewers. The worst part is that most craft brewers do not know why steam traps fail, making prevention challenging. This article highlights the most common reasons for boiler steam trap failure.

One of the most common reasons for steam trap failure is feed water contamination. Notably, a brewery's steam boiler system needs a constant supply of water for optimal heat exchange. Thus, the feed water used must be of the highest quality possible since it determines the service life of a boiler system and related components. Unfortunately, feed water that contains impurities, such as dissolved oxygen or carbon dioxide, accelerates corrosion in steam traps. The reason is that dissolved carbon dioxide forms carbonic acid, which gradually eats away steam trap surfaces. Eventually, the steam traps fail, causing steam to escape from a boiler. Therefore, proper feedwater treatment is critical to maintaining the condition of steam traps and an entire boiler system.

Steam boiler systems vary depending on the application. Therefore, the steam traps you choose must match the application for optimal performance. It is why steam traps come in many different designs, with the four most common ones being mechanical, thermodynamic, thermostatic and fixed steam traps. Most importantly, you must select the correct type of steam trap based on your application to prevent failure and guarantee efficient performance. For instance, steam-heated equipment and tracer lines require different steam traps. The reason is that steam traps in tracer lines must help maintain the fluidity of viscous fluids at low temperatures.

A steam trap's service life deteriorates fast when it is installed incorrectly. In most cases, improper installations occur when unqualified technicians work on a boiler system. For instance, plant engineers always find steam traps installed downstream of filters. Although most steam traps have an inbuilt strainer system, misalignment might allow debris inside the trap, damaging the internal parts. Similarly, thermodynamic steam traps should be covered with insulating caps in frigid weather to avoid rapid cycling.